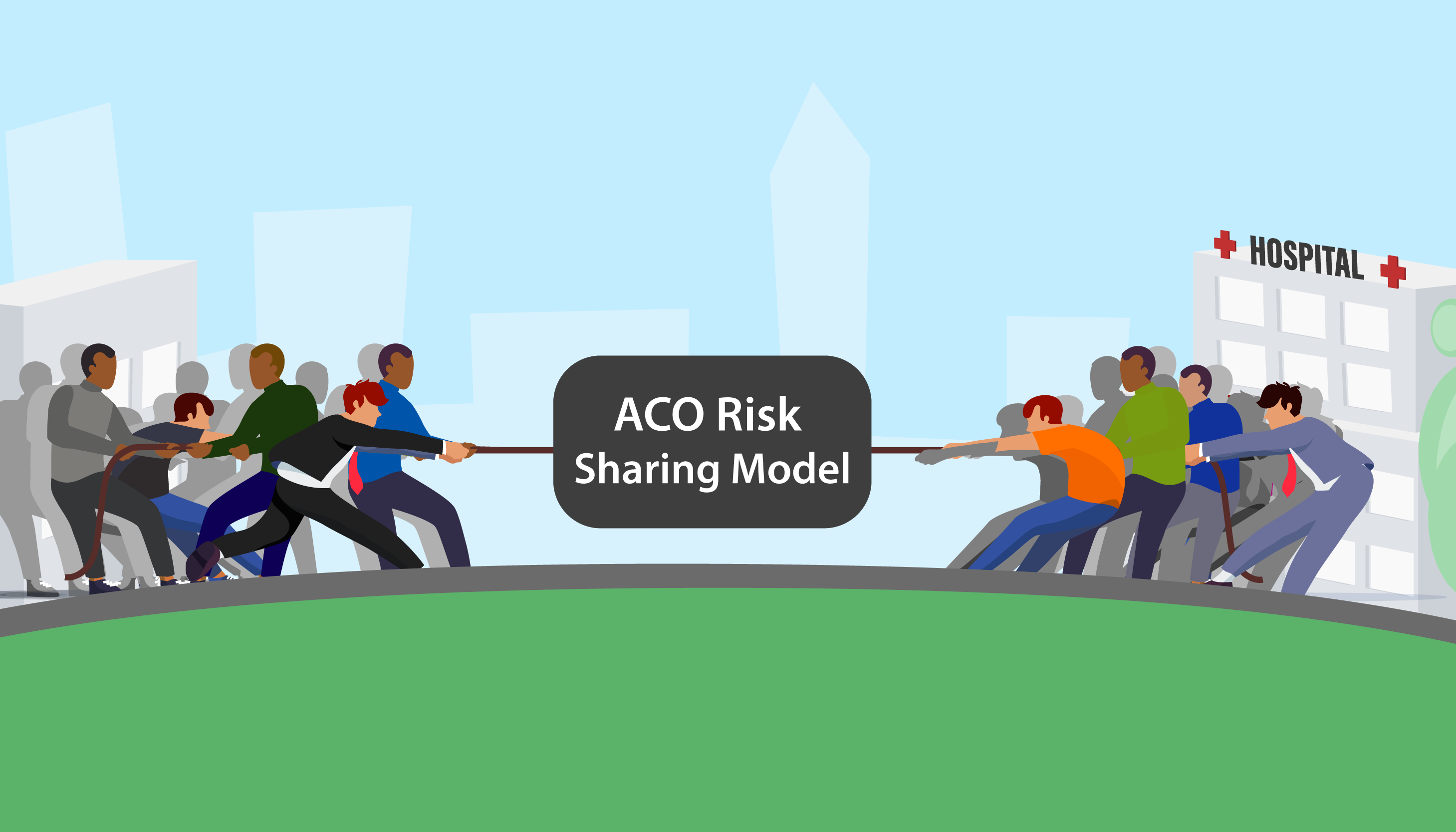 ACOs across the states are the flag-bearers of the transformation to value-based care. They toil hard each day to make care more affordable, accessible, and efficient. They are constantly placed under the scrutiny of federal agencies and private payers and are looked upon with aspiration by most patients. However, with CMS firmly putting its foot down and clearing the clouds regarding its strategy to focus on two-way risk-sharing models, many questions have popped up regarding the future of upside-only ACO models.

CMS has been advocating for its cause rigorously since the past few months. CMS proposes that the contract agreements of one-sided or upside-only risk models be made of two-years rather than the prevalent six-year agreements. CMS believes that upside-only ACO models have done little to justify what ‘accountablity’ stands for, an opinion that has opened the floodgates for never-ending discussions regarding the very need for such a model.

On August 24, CMS released a detailed analysis of the performance of Next Generation ACOs for the year of 2016. They followed it by releasing the MSSP ACO performance data for P.Y. 2017 on August 30. Additionally, CMS also released proposed guidelines for the future of MSSP ACOs earlier in that month. All the three reports have received a mixed response from every segment. While the stance of CMS is to move away from the upside-only risk model completely, many key healthcare stakeholders are of the other opinion regarding the success of such ACOs.

Highlights from the report

CMS is of the opinion that ACOs now have enough experience since the model has been in place for the last 6 years. It is also argued that upside-only risk-models have little incentives for reducing costs and improve care quality, and that there is a need to move away from one-sided risk-models. “These results (NGACOs’ 2016 performance evaluation) provide further evidence that ACOs succeed under two-sided risk,” CMS said in a press release.

CMS fears that since our healthcare spendings are exceeding the overall economic growth of the nation, we need to revamp our entire system. Next Generation ACOs, it believes, is the legitimate advancement in the structuring of ACOs, something which is desperately needed today. “Next Generation ACOs are taking the highest levels of risk and they’ve managed to maintain quality while still lowering cost,” CMS secretory Seema Verma said recently.

What are the counter arguments?

National Association of ACOs (NAACOS), among many other stakeholders, has been vocal in putting a counter argument regarding the performance of upside-only risk-sharing ACOs. It believes that MSSP ACOs are doing great and any changes in the current system could create a feeling of havoc across the system. They are of the view that the hard work of past years is finally paying off and the recent results are a testimony of it.

CMS also plans to reduce the share of such ACOs in shared savings exactly by half— from 50% to 25%. Many healthcare leaders argue that these changes will make organizations opt out of the program. A recent survey conducted by NAACOS concluded that 71% of the oldest MSSP ACOs would leave the program if asked to assume greater risk. CMS itself estimates that approximately 100 ACOs would leave the program in the next one decade.

Unless the ACOs are really confident about generating shared-savings, chances are all but bleak that they would want to assume greater risk. And therefore, most organizations want to evaluate their performance by staying in upside-only risk-models for a longer duration.

Looking beyond the obvious— what does the future hold?

Undeniably, two-way risk-sharing models save more Medicare money, or as CMS put it, “generate savings for patients and taxpayers.” However, given that the MSSP ACO program is all but a voluntary one, forcing organizations to assume greater risks may not go down too well with many organizations. The feasibility and success of such an idea cannot be easily quantified. Still, care quality, costs, and provider satisfaction are key areas that require the attention of both CMS and ACOs. The last thing that we would want is organizations going back to fee-for-service payment models and aborting their value-based operations altogether.

To know more on how you can increase your shared-savings and optimize care quality with a unified healthcare data platform, get a demo.

Join Team Innovaccer at PCMH Congress 2018 at booth #103 in San Diego Convention Center, San Diego, CA on 14 – 16 September, and know how we can assist you in understanding the hidden success opportunities for your network.