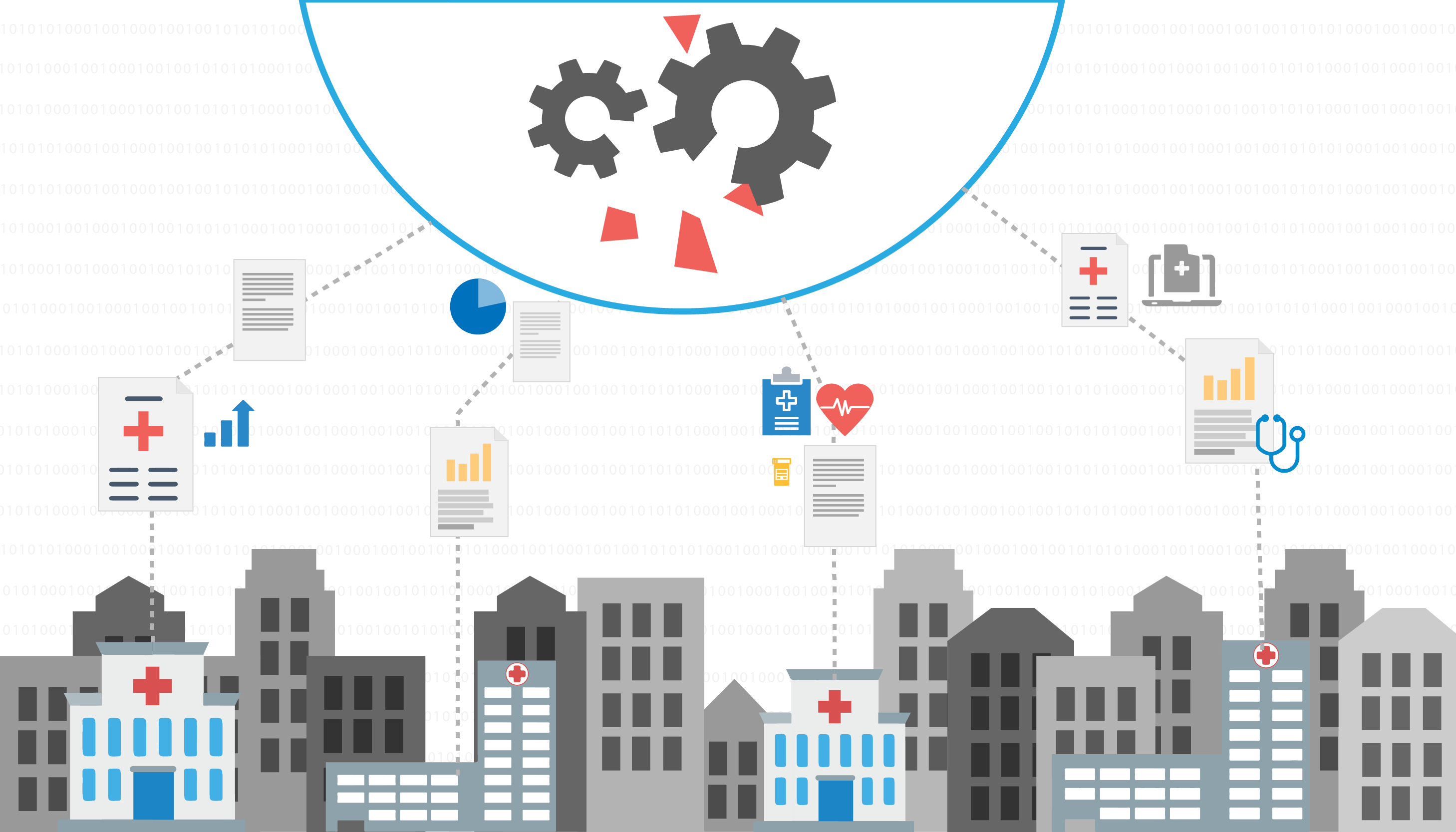 But as they say, Rome wasn’t built in a day, so can’t be a perfect healthcare system. Obama’s government did bring in the PPACA (Obamacare), which introduced innovative concepts  that brought the total number of uninsured Americans down to 33 million from somewhere around 48 million. There is still a long way to go for these organizations even after having access to health records. Surveys in the past have indicated that over 90% of the ACOs face significant challenges in the integration of data coming from different sources. Without proper integration of the data, imagining a successful network of ACOs is just flawed. You can’t make bricks without straw!

Cooperation and collaboration are the roots of any organization such as ACOs. The very nature of it seems simple on the outside, but is far more complex as we drill down. Numerous hospitals in the US are now using various data services to store EMR/EHR, which really is a stepping stone towards collaborative effort. The problem arises  when data from different data services is to be merged. This is mainly because of:

These challenges have had their fair share of impacts on ACOs. Approximately 72% of the ACOs under the Pioneer ACO Model now have exited. According to a report by CMS, as of 2014, only 22% of MSSP ACOs were able to qualify for shared saving payments during the first year of the program. According to a report by Becker’s Hospital review, 68% of ACOs started in 2012 are among the 10% ACOs with ‘Most Losses’. Despite these figures, the number of ACOs as of January 2016 has increased to 838 ACOs. Providers realize the devil is in the detail and once it is resolved, the ACO model improves is prospects of success.

I would say sharing has added sophistication to the structure of ACOs, but I also believe that it has also made it complex. Huge responsibilities are shared and you don’t own all the providers, but you know, at the end, irrespective of the final result, everyone will be held responsible for it. Thus, challenges that an ACO might face on an individual level matter a lot. For starters, the efficient resource allocation is easier said than done. Finding the right mix of quality and cost is tough. To be able to realize the necessary tradeoff required to achieve cost-effective quality care, it is imperative to have a thorough understanding of population health.

Data integration, followed by its accurate analysis could be beneficial in addressing the issues mentioned. I believe, it would help ACOs’ cause if the data collected from all the providers, is not only in an integrated format, but also easily conveys meaningful information with much effort focused on improving the outcomes, than trying to understand the data.

Integrated data has massive potential which could be utilized to advantage by thorough analysis. It can offer meaningful insights and answer to many questions. It will help in tracking down the weak link in the accountability chain. These analyses could also help in risk identification, efficient engagement, stratification, waste exploration and so on. However, there is one disclaimer to all the utilities! The reports and analyses are all for nothing if the data isn’t actionable by providers. They should be able to manage the population on the basis of reports provided. Thus, another important task is to make the analyses accessible and actionable.

Sharing is caring and future of ACOs depend on it. The effective communication in all sense is what ACOs need and they need to do it in one common language! Once this is achieved, a better future for millions is a promise within reach.