MACRA: Its Impacts and What You Need to do Part I 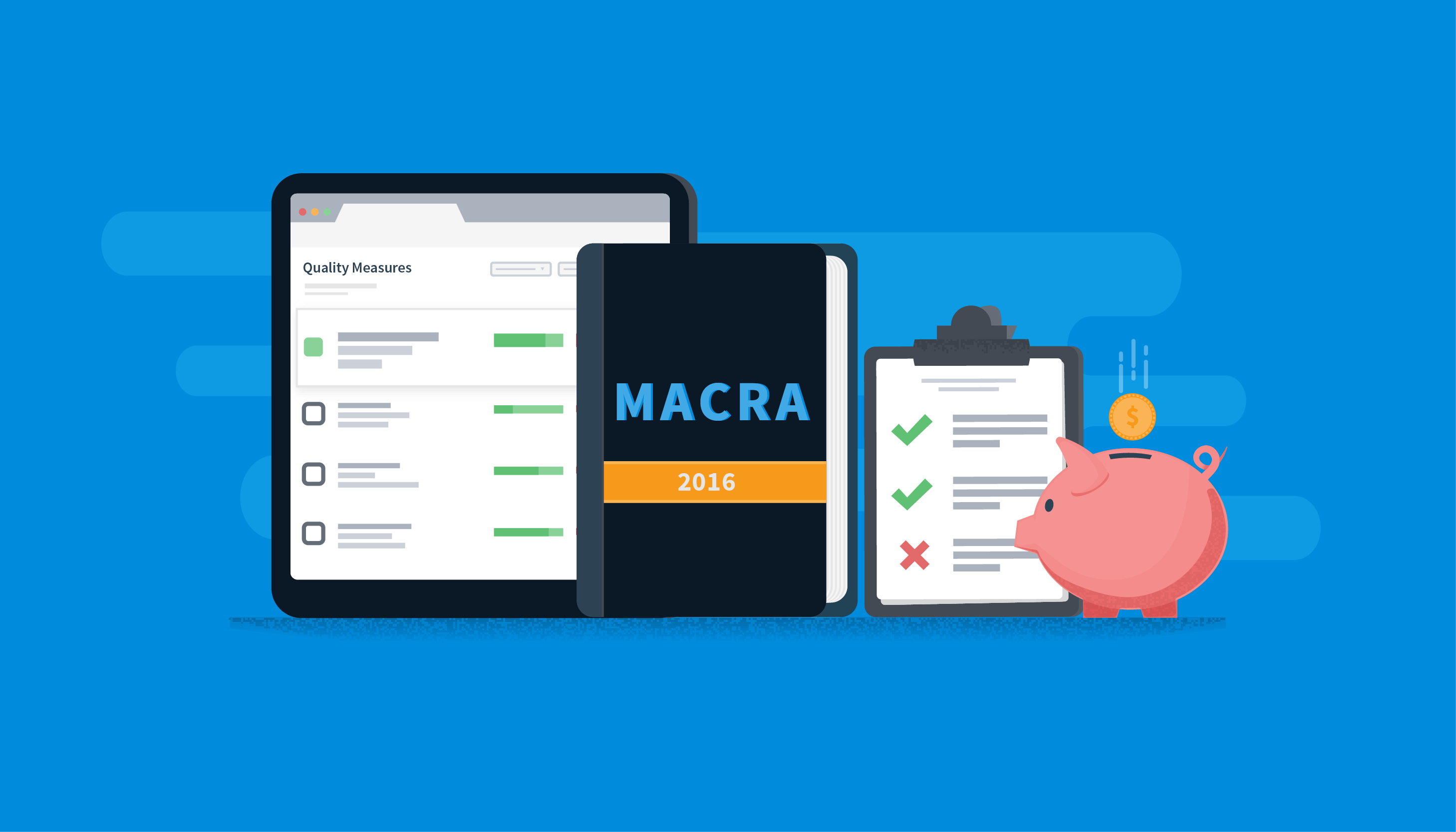 MACRA’s full implementation is almost here. There are anticipation, anxiety, and confusion about this complex law. CMS released the 962 pages proposed role in 2015 and most of the people gave negative reviews on it, predominantly because of the complex of it. Besides this, the proposed rule was considered by many as not for small practices and 9 out of 10 solo practices would have received negative adjustments. CMS spent countless hours and carefully analyzed suggestions to come up with a 2400 pages Final rule with comment period! The modifications have made MACRA hugely flexible and have a lot of spectrum to make the transition to value-based care happen.

This comes as a relief to physicians as they will be able to avoid the double-digit cuts that used to occur under the formula of SGR. In 2015 itself, with MACRA physicians were able to avoid a cut of 21.2% as per the ‘doc fix.’ The primary motive behind repealing SGR was to aid the transition from fee-for-service to Value-based reimbursement model.

In Quality Payment Program, a single program Merit-based Incentive Payment Systems (MIPS) will see the sunset three different programs namely: Physician Quality Reporting System (PQRS), Meaningful Use (MU), and Value-Based Payment Modifier (VBM). Besides this, there are other flexibilities like the reduced requirement of measures to report on. For example, an Eligible Clinician will have to report on six quality measures rather than nine which had to be from three different domains.

According to the previous reporting system, the physicians were subject to double jeopardy as there were overlapping penalties. For instance, if a physician missed reporting on a quality measure, this would cascade with other penalties like on health information technology side.

In MACRA, an EC has to perform Clinical Practice Improvement Activities (CPIA) which is a list containing over 90 activities, and there is a high probability that a physician might have been already doing it for enhanced care coordination.  Apart from this, with MACRA a physician won’t just pass or fail as in Meaningful Use, they’ll get credit from some efforts they make, moving away from an all-or-nothing program.

The payments that physicians will receive for Physician Fee Schedule services will increase at 0.5 percent for 2015 through 2019 and from 2020 to 2026 it’ll remain unchanged. However, there is a concern whether these annual rates would keep up with the pace of inflation.

Better Efficiency in the Use of Technology

Physicians are required to implement supportive technologies efficiently. They are expected to inculcate preventive care, record quality data, identify and fill gaps in care, disease management, care coordination and many other activities dependent on advanced technological aids. Hence, it is of paramount importance that value-focused organizations make efficient use of EHRs or they could face real problems.

There is a sense of relief with the new threshold score of three achieving which will help you avoid negative adjustments. However, there is also a chance to earn an extra profit under MIPS. If the obtained Composite Performance Score (CPS) is equal to or more than 70, then those obtaining such scores will receive a bonus up to ten percent of Medicare Part B charges from a pool of $500 million.

CMS is trying to maximize the program by offering guidance and assistance to various MIPS Eligible Clinicians. CMS will be providing technical assistance of total $100 Million to MIPS ECs in small practices, rural areas, and practices located in geographic health professional shortage areas (HPSAs). Furthermore, a practice in such categories would get a rebate in reporting. For instance, a small practice can report one high-weighted measure or two medium-weighted measure which is just half of what other practices will have to report under CPIA.

CMS made the first year, 2017, as the ‘transition year,’ in which a highly flexible version of MACRA will be in place. However, in 2018 most of the provisions of 2017 wouldn’t be there, and that is when it could hit hard on practices. It is a concern in most experts’ minds.

The Final Rule with the comment period is days away from implementation, and it will change the how healthcare in the US is delivered. The incentives might have been aligned with the motive of value-based care, but how many of the practices are actually ready to adapt accordingly? Are you prepared for it? Have you seen the checklist of things you need to do to adapt for MACRA?