The Netflix model of Value-based Care: Revolutionizing Care with Consumerism and Technology 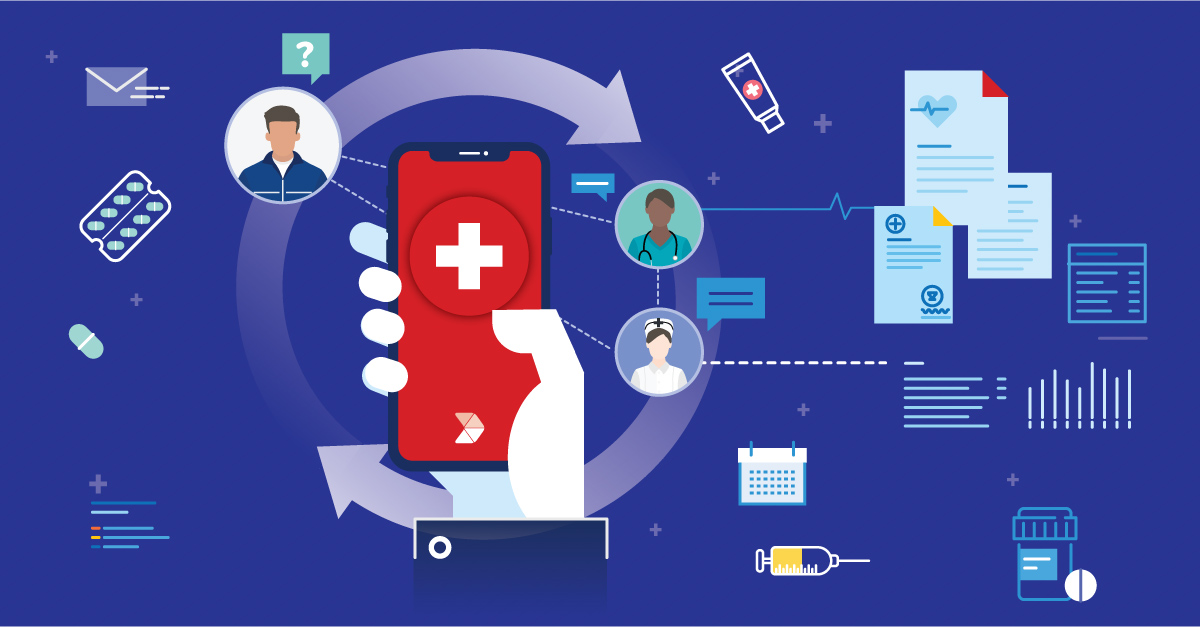 A few years back, I was excited whenever anyone would say that healthcare is going through the greatest revolution in its history. Nevertheless, people had been talking about it for a decade before I could see significant change. We have arrived at a time when the buzz about the growing diversities in healthcare space can be heard everywhere. It’s about how healthcare is not just about medicines, but how technology is becoming one of its irreplaceable parts, and, most importantly, the increasing value of patients as consumers.

We have technology circling the space from every direction, a booming market of wearables and telehealth devices left and right, and the never-fading buzz around how the lines between healthcare, retail, and IT are beginning to blur. On a macro level, anyone who has been a part of healthcare understands how value differs on a multitude of factors as well as the people themselves. It is localized based on various clinical and non-clinical elements. The only hurdle in realizing these ‘variable values’ is that the perspective of traditional healthcare concepts is quite stagnant.

Value-based care and healthcare: What they have achieved together

Imagine your health benefits were not just parts of some linear graphs in your annual budget that pretty much seem uncontrollable. Imagine payers and providers are working towards a single aim- providing coordinated care. That’s value-based care.

It won’t be wrong if we say that the definition of healthcare is slowly merging with the definition of value-based care. The progress has been substantial, whether from payer perspective or provider perspective. In 2017, more than 40% of Aetna’s healthcare spending was based on a value-based care payment model and they are expecting to raise it to 75% by 2020. According to HealthLeaders Media’s 2018 Annual Industry Outlook Survey, about one-third of providers reported a positive ROI from their value-based care efforts over the last 5 years.

What made value-based care concept such an eye-catcher

Our health underpins our happiness and is the foundation of our economic advancement; however, the challenges of the traditional fee-for-service model have been enormous. Especially with globally aging baby boomers, this issue has been critical.

According to the study by OECD, US had been the only nation which has more healthcare spending than the average life expectancy.

It is not just the healthcare spending, but other factors that demanded value-based healthcare in the last decade. Consumers are expecting more from their healthcare system, and it has become the healthcare system’s responsibility that their demands are met and patients are kept healthy. And so, providers’ compensation is now based in part on keeping a population healthy, not just on how many tests or services are ordered. Here are some of the ways how the care paradigm has changed:

The Google-Amazon-Apple touch: A milestone in the value-based healthcare revolution

The entry of big retail players such as Amazon is not a small detail to miss. Given the state of healthcare and the pace with which companies like Google, Apple, and Uber are entering the healthcare industry, the venture between Amazon, Berkshire Hathaway, and JP Morgan Chase did not come as much of a shock. And there’s a possibility we could see more such ventures take place in the coming days.

These are some companies which have considerable experience in the consumer-facing scenario. Each company comes to the table with a different ability, something which is missing from traditional healthcare, such as innovation, a consumer-focused approach, and the ability to handle overreaching limits of healthcare data. Similarly, Apple also ventured into the healthcare market with Healthkit, while Google tightened its grip on DeepMind, an AI research lab it acquired for $520 million in 2014, both of which aimed to bring care closer to patients.

The “Consumerism Model of Futuristic Healthcare”: Moving from a disease-centric to a patient-centric approach

The retail industry is the best example when it comes to explaining the true meaning of consumer-centricity. You can place your order while sipping on a drink over a Netflix show. In the last few years, there have been trials to bring patients to the center of the care-delivery mechanism. It is not just the stakeholders’ desire to make patients the ‘heroes of the system,’ – the patients’ expectations are also evolving.

In one line: “The power now lies in the hands of the patients who are the real consumers.”

Perhaps, it was the high deductible health plans (HDHP) that promoted the need for a consumer-centric model, or the fact that healthcare, similar to retail, began focusing on bringing true transparency in costs and care processes. According to one survey, in 2018, 70 percent of large employers offered at least one HDHP—either in addition to a traditional health plan (65 percent) or exclusively as a full replacement for traditional health coverage (5 percent).

The patients’ growing involvement in care processes is a major factor that is promoting the consumerism in healthcare. A separate survey from the Physicians Foundation showed that 1 in 4 patients forgo care due to prohibitive costs. Those who do are often looking for a quality experience.

Organizations are going to great lengths to enhance the quality of care. Unsurprisingly, almost all hospitals across the US possessed certified health IT in the year 2017, which is often considered the first step towards increasing healthcare efficiency.

Source: The Office of the National Coordinator for Health Information Technology

Patients themselves have begun to avoid carrying files over files of their medical history to doctors. According to a study, only 5% of patients do not trust the emerging technologies.

It is generally assumed that many socioeconomic factors affect how a patient reacts to health IT. However, this belief is not only challenging, but it is also not backed by effective data results to segregate patients based on their age or other demographics when it comes to adoption rates of technologies such as mobile apps patient-portals. In fact, older patients are embracing patient portals at the same rate as that of the relatively younger population.

In this fast-moving trend of value-based care, there’s nothing more crucial than healthcare organizations creating better affinity and patient loyalty. As mentioned in the Chilmark Research report, healthcare organizations are turning towards ‘Customer Relationship Management’ solutions to promote more organized care coordination, patient outreach, and creating a sense of self-management among patients.

No industry is experiencing as much growth and transformation as the healthcare industry. For example, health spending is projected to grow at an average rate of 5.7 percent by the year 2023.

This is where CRM’s analytics capability comes into play.

An efficient and advanced CRM solution can empower healthcare organizations to:

The Netflix approach to healthcare

In the words of Dr. Stephen K. Klasko, “I see in this change a parallel that I call “moving from Blockbuster to Netflix.” Medicine is heading for the Netflix model. It’s coming home.”

The approach is based on making healthcare services available at all times. Patients should be able to access any care they need anytime they want. It focuses on the personalization of care. The best example that I could think of now is the airline industry. They did not wait for the modern communication systems to arrive to personalize their customer engagement with frequent flier programs and other services.

When Netflix started, most of its categories were empty, but they did not waver back in starting one of the biggest customer-focused services. Similarly, healthcare can adopt this approach to utilize the available resources, which is more than enough to start with when developing an ecosystem aimed at providing truly personalized care.

Looking at the competitive landscape of healthcare and the growing revolutions, it can be said with utmost certainty that healthcare is no longer the same. Now, it demands true transparency, stability, technology, and most importantly, patient (sometimes as a consumer) satisfaction. With 32 million newly insured Americans already entering the healthcare system, their success or failure as the consumer of care services defines the success or failure of all healthcare organizations.

To find out more about how you can make your healthcare organization more efficient and future-ready with a healthcare data platform, get a demo.

Join Team Innovaccer this HIMSS 19 at booth #2715 at Orange County Convention Center in Orlando, FL February 11-15, 2019 to hear how you can deliver more patient-centric care and become a part of the leaders of value-based care.