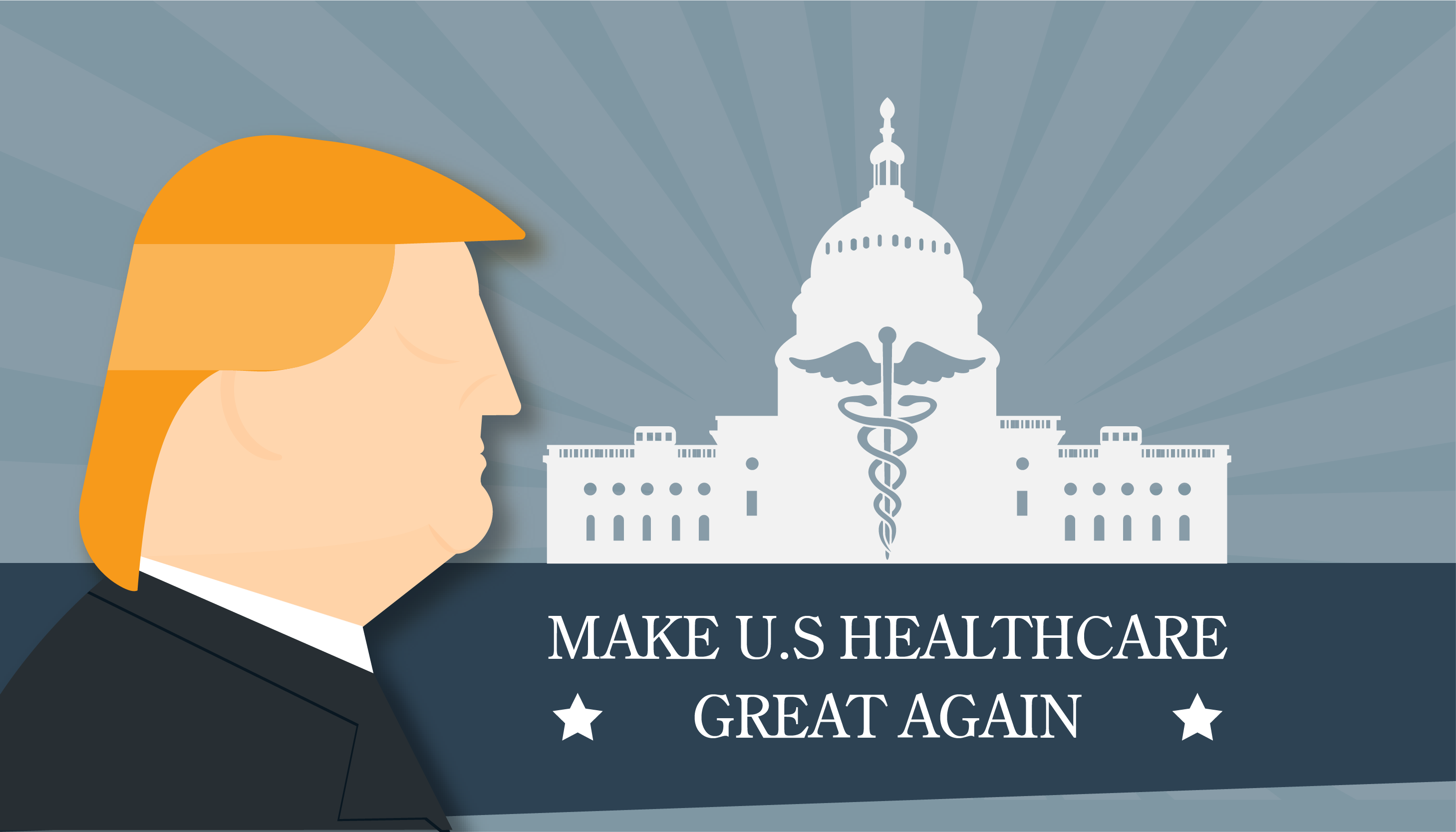 On November 9th, 2016 the United States of America witnessed a major turnaround in the administration. Republican candidate Donald Trump is the 45th president-elect of the United States, leading with 279 electoral votes. Donald Trump plans to bring about numerous changes to “Make America Great Again,” and true to his Republican roots, Trump’s plans for the health care focus on some key facets which have always been a concern for the GOP.

Donald Trump has outlined his healthcare plan for America that is centered around mainly the following key facets. A study conducted by the Commonwealth Fund with RAND Corporation using simulation analyzed his plans and came up with probable impacts.

Donald Trump and the GOP want to fully repeal the ACA and replace it with something new, dubbed “Healthcare Reform to Make America Great Again.” However, the intention is to achieve a better law with some parts of ACA.

2.) Use of Health Savings Accounts (HSA)

A Health savings account is a tax-advantaged medical saving account available to the people of US, which allows people to contribute or draw money from for paying off medical expenses, tax-free.

Before ACA came along, there were substantial tax advantages available to people who had their employer cover for them, but that privilege did not extend to people who took up private, individual-market policies not provided by the employer. To solve this disparity, ACA had the provision of means-tested advance premium tax credits, known as APTCs – where the government reduces the cost of insurance by providing APTCs to bridge the gap between the cost of premium and payment limit.

Under the current law, Medicaid gets join funds by the federal and state government and the federal government contributes 50 percent to 75 percent of the total costs and the rest is borne by the states.

5.) Health insurance companies to sell their plans across states

As mentioned in Donald Trump’s  Healthcare plans, there is a call for greater price transparency especially from the providers in various healthcare organizations. The goal is to make individuals aware of the best prices of procedures, tests, and other medical procedures. How and to what effect will it be implemented is uncertain so far, thus impacts of this are unknown.

Donald Trump believes that the cost of care could be reduced to a great extent if Medicare negotiated with pharmaceutical companies. He wants to remove the existing barriers to entry into the free markets for drug companies. Trump declared in one of his speeches that Medicare could “save $300 billion” per year if it negotiated prices with the drug companies. According to the paper published by Carleton University and Public Citizen, an advocacy group, there could be savings of $16 billion per year by negotiating with drug companies for Medicare

Now that Trump has decided not to repeal ACA; there is a lot of uncertainty as to what will exactly happen and what the impacts of his healthcare plans will be. But few things like pre-existing condition clause or young children getting their parent’s cover will stay. There might be more to it which makes it hard to say how many people will be insured after the plan is fully implemented. But few things are for sure:

In his health care pitch, Trump has focused on making the system voluntary rather than mandatory, where citizens can buy as much coverage as they need. However, it goes without saying that it is too soon to be analyzing impacts of the plan which is not even clear yet.

Bringing about a transformation in the healthcare industry is easier said than done. It’s been only a few days since Donald J. Trump was declared president-elect and even though he has mentioned a lot of concepts he hopes to implement, the number of unknowns, make it seem like a long road ahead, especially repealing a comprehensive law like ACA.