US Healthcare in 2019: Top Stories That Changed the World of Care Delivery 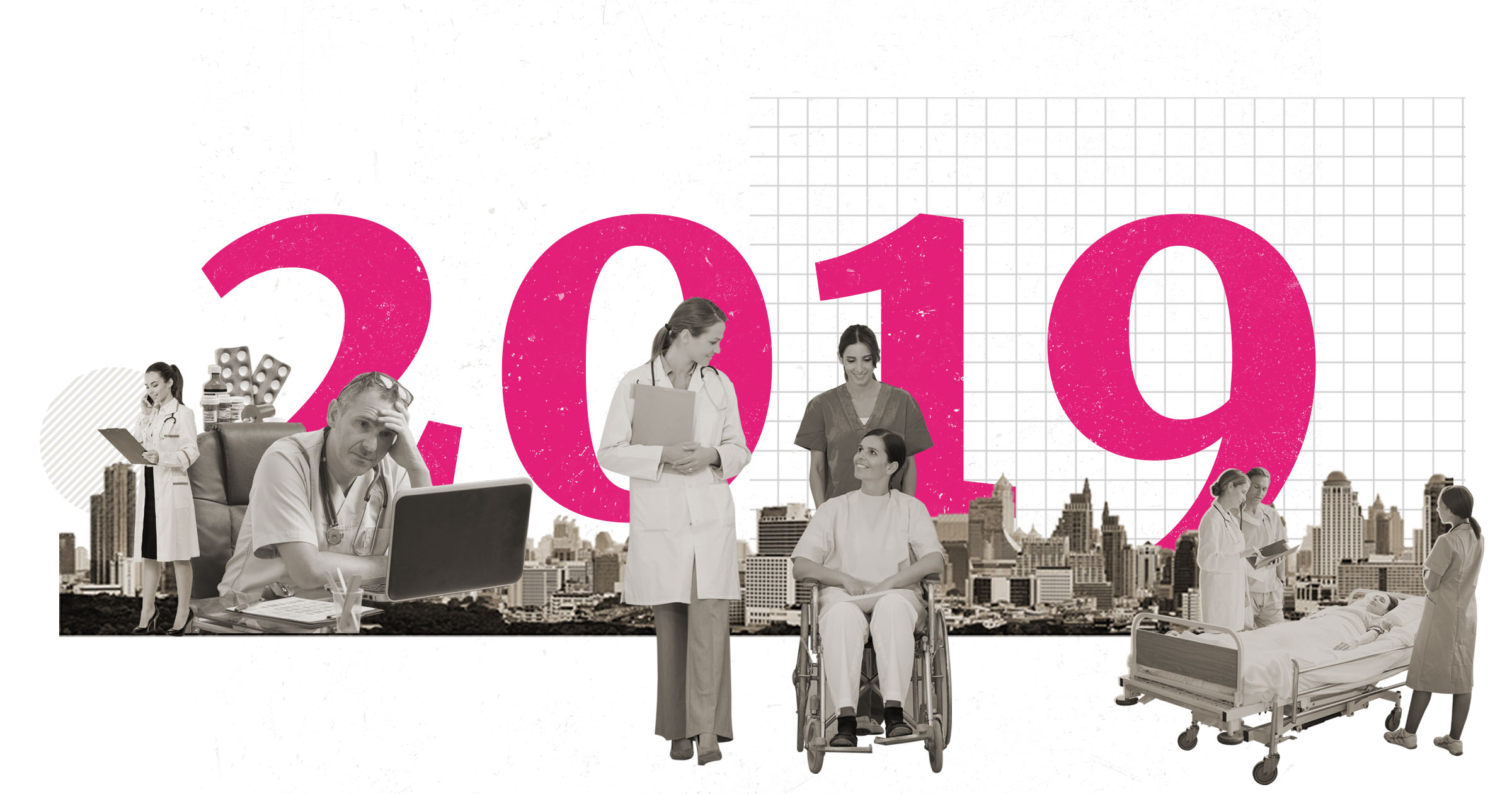 Amazing, breathtaking, reformative, groundbreaking. No single adjective suffices to describe how 2019 changed US healthcare. With the end of the decade, we saw innumerable events happening — from massive health information technology mergers to new major government regulations.

While the year was full of exciting events happening all around, 365 days of the year, some incidents took us by surprise, and they pose great uncertainty for the year to come.

Let’s take a moment here to look at some of the biggest stories that were under the spotlight in the year 2019:

1. New healthcare with inspirations from “Twitterverse”

“As our latest #PriceTransparency initiative begins to take effect, we’re asking the Twitterverse to helps us make sure patients have access to the basic hospital pricing information (called the chargemaster) that is now required to be posted online.”
-Seema Verma, Administrator, CMS

One tweet and things changed drastically. CMS passed the new price transparency rule, effective January 1, which required hospitals to publish their standard charges online in a “machine-readable” format. On January 17, 2019, this rule was followed by one of the biggest challenges of the CMS when it launched the #WheresThePrice campaign, where Seema Verma called upon the population to report any hospital not providing their prices in an electronically-readable format on their website.

Even though this rule faced criticism from some hospitals, it indicated the growing role of technology and online social media in the field of healthcare.

2. Data breaches continue to become a major threat to organizations

July 2019 saw 50 healthcare data breaches of more than 500 records reported to the Department of Health and Human Services’ Office for Civil Rights, which was 13 more breaches than the monthly average for 2019 and 20.5 more breaches than the monthly average for 2018. According to the November 2019 Healthcare Data Breach Report by HIPAA Journal, the month of July was the second-worst month in terms of the number of healthcare records exposed. An estimated 25 million records were exposed that month. However, the month of October recorded the highest amount of breaches, witnessing a total of 52 breaches.

Some of the largest healthcare data breaches in 2019, along with the number of impacted patients, include:

3. New avenues to define the next stage of healthcare interoperability

2019 marked the dawn of the age of APIs (Application Programming Interface) in healthcare. The best part about APIs is that they enable systematic data exchange and flow in disparate healthcare operations.

With the indication by CMS towards mandating that Medicare Advantage plans adopt data-sharing platforms that linked with Blue Button 2.0 from the beginning of the year 2020, we are moving closer to health data portability for all.

4. Healthcare adopting “Together We Win” ideology

Consolidation in the healthcare sector has accelerated in recent years, reshaping the way health systems, hospitals, and independent physicians across the country operate. According to a Definitive Healthcare survey, industry consolidation was listed as the most important trend of the year, leading the way with 25.2% votes. 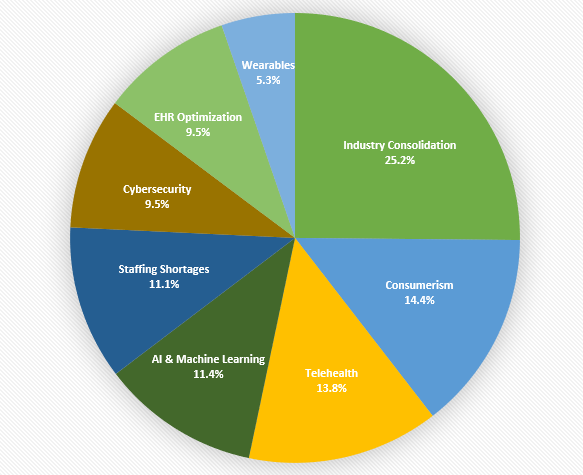 Some of the top mergers in healthcare include:

5. Bringing patients back the control of their data

The MyHealthEData initiative, launched in March 2018, aims to “empower patients by ensuring that they control their healthcare data and can decide how their data is used while keeping that information safe and secure.” In July 2019, CMS upped the ante with the MyHealthEData Initiative for better data access by expanding this initiative and announcing the pilot of “Data at the Point of Care.”

The Data at the Point of Care (DPC) pilot will be connecting providers with Blue Button, where providers can access claims data to learn more about their patients and their previous diagnoses, procedures, and prescriptions. While providers had to comb through several hundred data sets previously, the DPC program would aim to make data more easily accessible and within existing workflows.

In addition to enabling data access, CMS has also been targeting information blocking, as reflected by 2019 MyHealthEData updates. With these measures, both patients and providers will have the required insights to make more informed healthcare decisions.

6. Regulations that not only changed but redefined US healthcare

Similar to last year, the government, CMS, and other agencies have been active in terms of launching new regulations. Almost every month, we witnessed a new regulation, a new rule that not only modified the way we look at healthcare, but changed our perception of its future.

TEFCA was a common set of principles that serve as “rules of the road” for nationwide electronic health information exchange across disparate health information networks (HINs). Additionally, it is also an attempt to resolve some long-standing interoperability issues.

The best part of these new payment models is that the practices participating under any of the two PCF payment models will receive a simplified total monthly payment that will allow clinicians to focus on patient-centered care.

7. From “Hey, Alexa” to the digital world of healthcare

Talking about medical devices and such great tech is not a new thing for healthcare; however, tech giants such as Amazon are coming up with such great new devices that it already seems to be the 22nd century.

8. Social determinants of health were the talk of the town, and still are!

If I only had a penny every time I discuss the importance of the social determinants of health. According to a survey, 68% of the respondents were challenged by a social risk factor that impacted their medical care.

Even in the major contracts this year, SDOH factors didn’t fail to grab their spots. The Accountable Health Communities Model (AHCM) focused on the importance of addressing health-related social needs. There are 30 organizations participating in the model from states such as California, Connecticut, Delaware, New York, Oregon, and Vermont, among others. The program has two tracks:

The Road to a New Decade of Healthcare

While these steps are just a snapshot of everything big that has happened, the journey is not going to stop here any time soon. In the upcoming year and the decade of US healthcare, there will be a new landscape, new domains, and new processes. This makes it crucial that we look beyond the conventional and take the right steps towards a better future of healthcare.

All in all, focusing on keeping people healthy has to be the priority, and not putting out fires as they come.

Here’s to a new year, hoping we come closer to our goal of providing a healthcare system accessible to the people, all the time.

To learn how you can prepare your organization for the modern challenges of the new decade of healthcare with a data activation platform, get a demo.