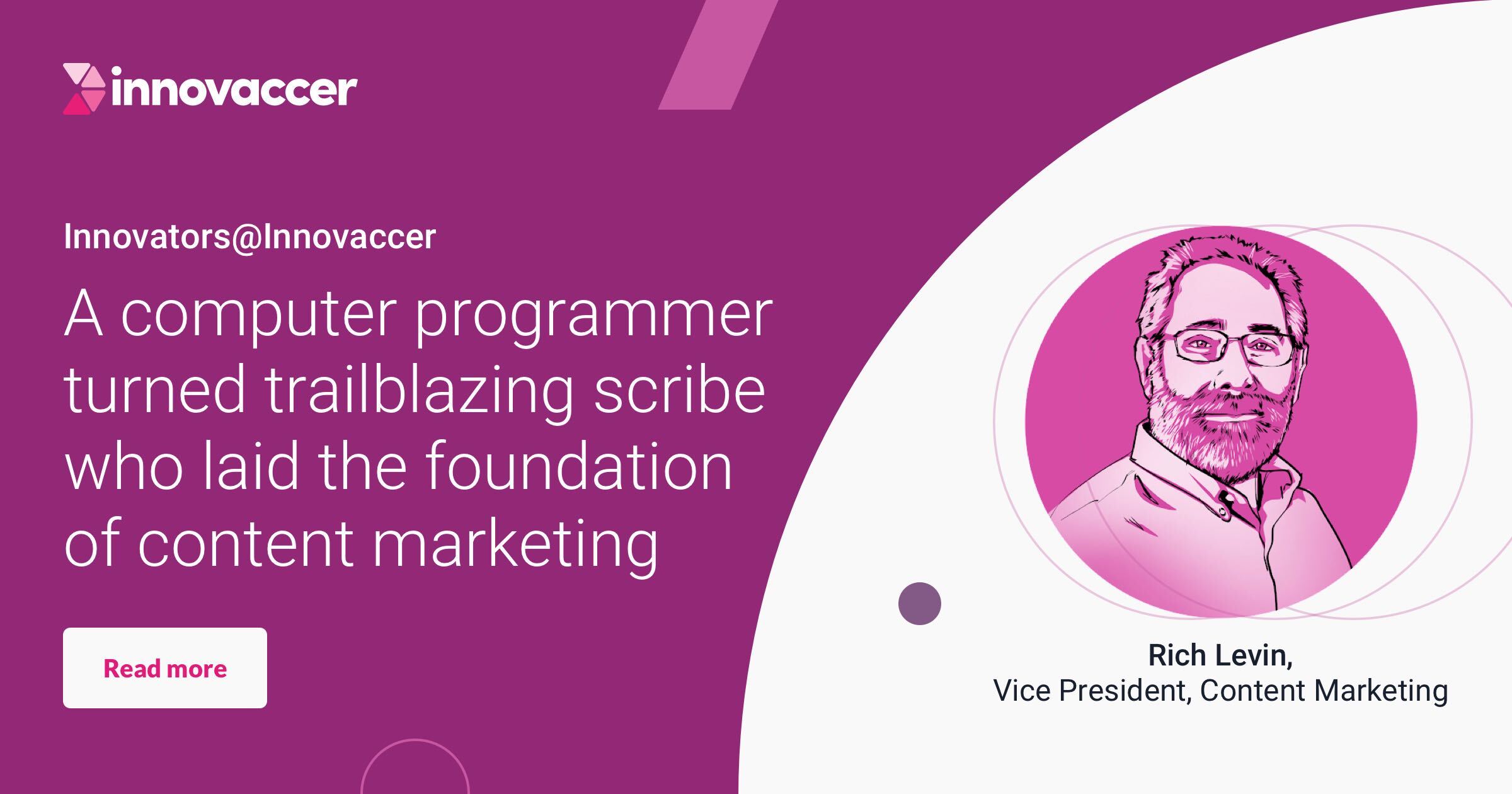 Innovators break the mold and stray from the status quo. In this edition of Innovators @ Innovaccer, we caught up with Rich Levin, a content marketing pioneer who is always looking for the hook. A veteran brand journalist who’s led at, and served for some of America’s top healthcare organizations, he understands the impact and value of telling a compelling story. Having created one of the first healthcare content marketing programs, his journey started on the other side of the keyboard—as a computer programmer. Hear in his words why he chose to join Innovaccer.

Have a question for Rich? Write to us at team@innovaccer.com.