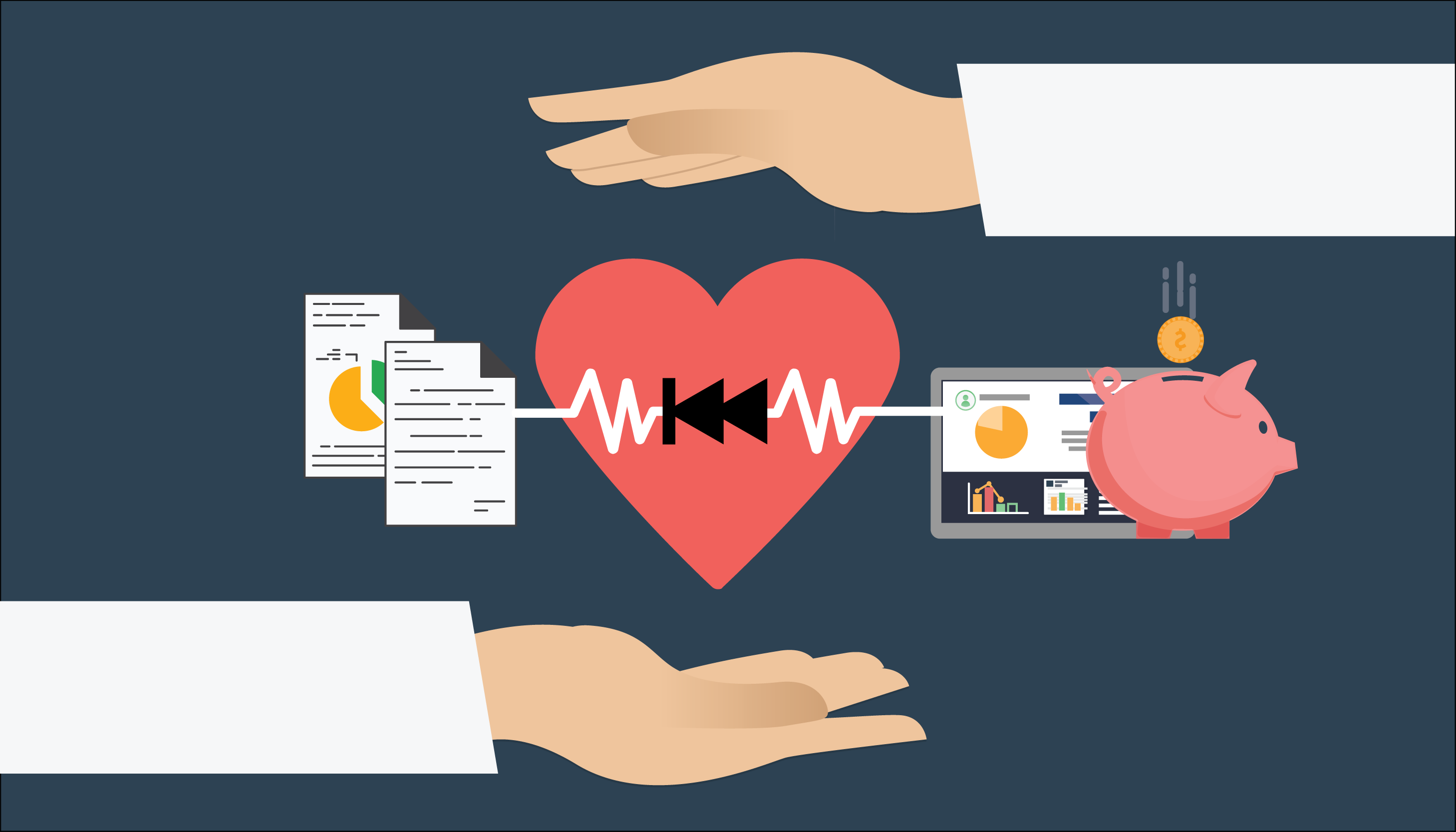 Looking forward to the year ahead is one thing, but if we are to have a balanced perspective on the changes in health reform, we must also learn from the year gone by. The year 2017 has been a year of uncertainties and opportunities. The election of Donald Trump ushered in a new era for the US healthcare industry, which has spent years adapting to the erstwhile U.S. President Barack Obama’s Affordable Care Act (ACA). Despite the potential policy changes in Washington D.C., the painstaking and challenging work of shifting to value-based care continues.

Under a new administration, the fate of the ACA remains unclear. The AHCA’s impact on Americans’ health insurance coverage will be huge. The Act would:

Under the AHCA, people with pre-existing conditions might no longer be protected financially. It would have far less impact on people who get insurance from their employers.

In an attempt to ease the training wheels off value-based payment, the Centers for Medicare and Medicaid Services (CMS), passed various rules to the payment models. Much to the discontent of the physicians, these changes came in an unpredictable fashion. The new proposed rule for MACRA is still a mystery to many in the same way that the old rule was. The changes in 340B Drug Pricing Program, Home Health Model, and many others have shown a clear intent to modify the existing value-based model, but their effectiveness will have to stand the test of time.

3.) Cancellation of bundled payment models and changes in MACRA

CMS published a proposed rule this year announcing that they would drop three bundled payment models and an incentive payment model. With the proposed rule, CMS plans to eliminate three models, the Episode Payment Models (EPM), as well as the Cardiac Rehabilitation (CR) incentive payment model and scale back the Comprehensive Care for Joint Replacement (CJR) model. These models were mandatory for hospitals in certain areas and were designed as compulsory payment models to measure the impact of improving care coordination through bundling complex cardiac and orthopedic care.

4.) Telehealth expansion with the Chronic Care Act of 2017

The CHRONIC (Creating High-Quality Results and Outcomes Necessary to Improve Chronic Care) Care Act was passed with bipartisan support in the Senate as a means to better treat Medicare recipients with chronic conditions at a lower cost. The legislation will improve disease management, lower Medicare costs and streamline care coordination services —all of that without adding to the deficit— in a country where more than two-thirds of current Medicare beneficiaries have multiple chronic conditions, such as heart disease, cancer, diabetes and stroke.

There are several highlights from the bill:

Obama’s departure from the U.S. administration last year has left the Affordable Care Act (ACA), his signature policy initiative, in deep peril. Health spending was projected to grow 5.4% in 2017 related to faster growth in Medicare and private health insurance spending.

Health expenditures are now projected to grow at an average rate of 5.9% for 2018-19, the fastest of the sub-periods examined, as projected spending growth in Medicare and Medicaid accelerates. However, in comparison to 2015 the growth of expenditure in healthcare 2016 was 4.3%. Notably, the healthcare expenditure growth slowed down to an annual figure of $3.3 trillion.

6.) IoT: the next big thing in healthcare

This year, the healthcare system has proved that it’s time to prepare for emerging technologies as they are constantly changing and improving the care process. Remote patient health monitoring and reducing the cost of hospital visits have the potential to reduce healthcare costs considerably. IoT technology in healthcare has shown immense scope in the healthcare industry in 2017 in the way of decreasing downtime of medical equipment and offering consistent and accurate use.

Also, IoT devices feature to enable patient’s health monitoring system remotely using new wireless technologies and to get emergency notifications about the patient’s health problems. The influx of data from the internet connected devices is a worthy source for healthcare management systems for providing better care and reducing healthcare inefficiencies.

7.) MSSP showed promise with an overall savings of $652 million.

The 2016 MSSP results showed Accountable care organizations (ACOs) participating in the Medicare Shared Savings Program (MSSP) in the said year generated a total of $652 million in gross savings, according to CMS. The CMS data showed that an estimated 134—or about 31 percent—of the 432 ACOs that participated in MSSP for the program’s fifth performance year generated shared savings, while 294 generated neither savings nor losses, and four generated losses.

Overall, CMS data show about 77 percent—or 330—of the 428 MSSP ACOs subject to pay-for-performance measures for the 2016 reporting period achieved an average quality score of 94%. The remaining 98 MSSP ACOs, which were in pay-for-reporting status, earned quality scores of 100.

The term “high-deductible health plan,” or HDHP, is specific to plans that not only have high deductibles but also conform to other established federal guidelines. So with an HDHP, a person seeking healthcare has to pay out-of-pocket for everything other than preventive care until he or she hits their deductible. After that, the insurance will pay benefits based on the plan’s coinsurance level.

HDHPs follow specific guidelines regarding allowable deductibles and out-of-pocket costs. Though these are adjusted annually by the Internal Revenue Service, there were no changes from 2016 to 2017. For 2017, HDHPs must have deductibles of at least $1,300 for an individual, and $2,600 for a family. Moreover, the total out-of-pocket exposure on an HDHP in 2017 cannot exceed $6,550 for an individual, and $13,100 for a family. It is important to note that these values are lower than the total out-of-pocket allowed on non-HDHPs under the ACA.

The 340B Drug Pricing Program celebrated its 25th anniversary in 2017. The program is the result of the Federal government’s efforts to gently put the brakes on prescription drug prices wherein pharmaceutical manufacturers participating in Medicaid, agreed to provide outpatient drugs to eligible healthcare organizations and covered entities that cater to uninsured and low-income patients at significantly reduced prices.

The latest on the 340B Drug Pricing Program is the announcement by CMS to finalized a rule that reduces by nearly 30%, or $1.6 billion Medicare payments to certain public and nonprofit hospitals for outpatient drugs purchased under the program. The money would instead be redistributed to hospitals – including for-profit facilities that don’t care for many low-income patients.

Earlier this year, a new bipartisan bill (H.R.4392) was introduced after several Senators’ call to prevention, that would block the rule from implementation what is due to go into effect from 1st January.

For 25 years, the 340B program has been critical for hospitals in expanding access to life-saving prescription drugs and providing comprehensive health care to low-income patients and other vulnerable populations in the country. The bipartisan effort to prevent CMS from reducing Medicare Part B payments for some 340B hospitals protect will serve to protect patient care and keep the costs of prescription drugs under control, at least for the low-income Americans.

2017 saw healthcare becoming a target of numerous cyber attacks. Security breaches in healthcare became a common occurrence with patient data being stolen from various health systems. The bigger threat, however, is that, the fear of legal costs and responsibilities might lead some organizations to under-report incidents or pay ransom to hackers, which could increase the threat. In reality, reputation and trust of a given healthcare organization depends on their understanding the true extent and gravity of the threats and taking sufficient measures to guard against it. Ensuring HIPAA compliance throughout the healthcare space would mean safety of millions of patient records which were hacked in 2017.

To know more about how you can ace value-based care in the year 2018, get a demo.