What if Big Data could cure Cancer and we don’t know it? 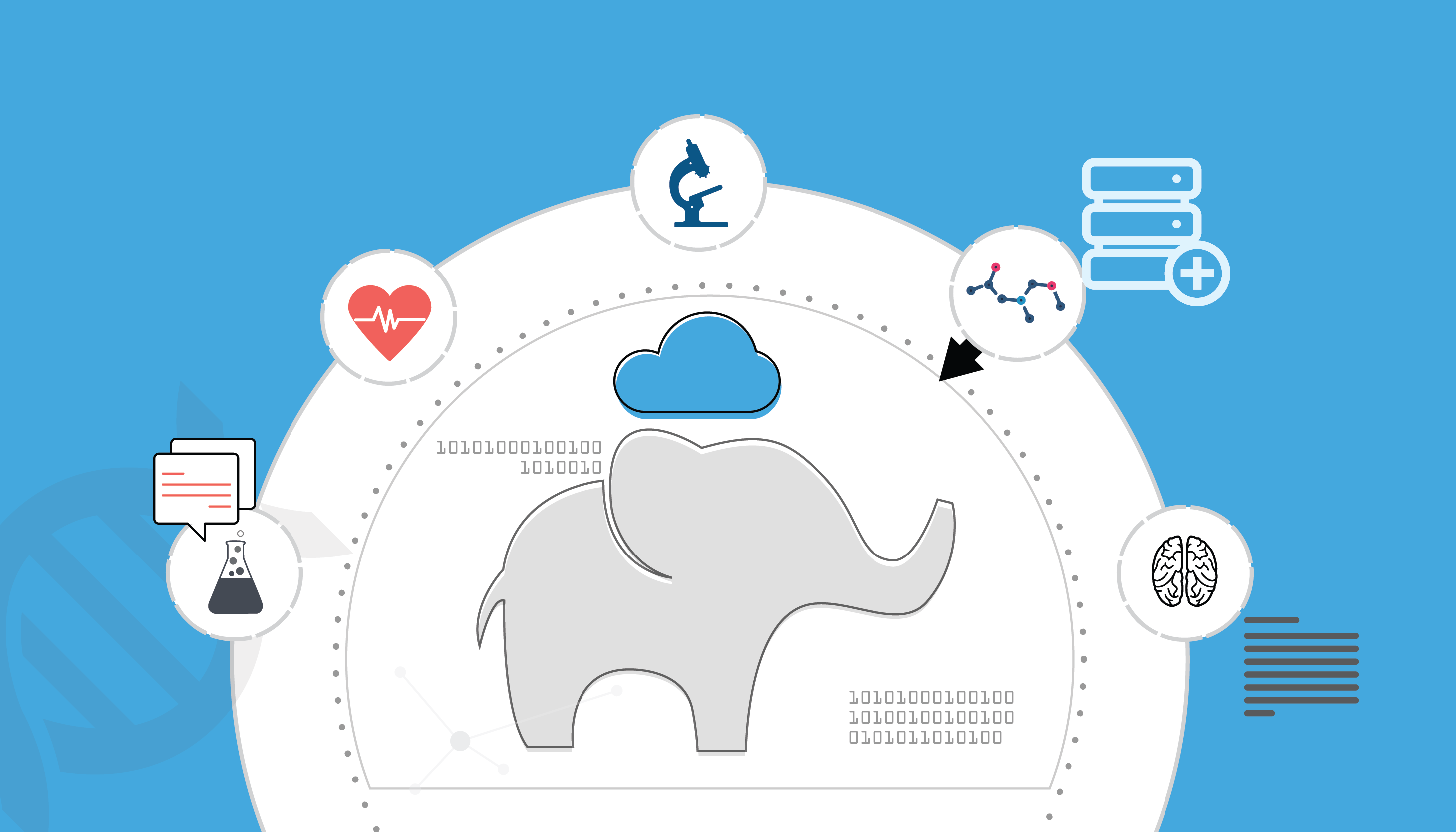 Did you know out of 2.5 million deaths in 2015 1.4 million died because of heart diseases and cancer! In 2014, top 10 leading causes of death were responsible for 73.8% of the total deaths. It is astonishing that we are in the 21st century and still over half million people die because of cancer every year. Progress in technology has been remarkable, mankind went to the moon in 1969, but can we say the same for health care? Is our healthcare technically sound?

Initiatives to evolve healthcare did help, but with data size increasing exponentially, there is still a long way to go. Categorically, there is EMR/EHR, Lab, claims and research specific registries (gene, cancer, etc.) data classified as internal data and CMS, Social Determinants and other external factors’ data as the external data.

The conventional techniques have imposed unprecedented limitations and a great deal of data still remains unexploited! For instance, one person’s gene data is greater than 20 GB with millions and billions of variants in it. With limited computational power, it is just not possible to work with such data. So, if someone were to perform a study on one person, it would take days to finish it, not to forget the enormous amount of effort required! The problem becomes more complex when one has to perform researches on a population involving millions of patients.

The research team has to limit itself to what all is within the reach and even that could consume a lot of time. The real-time needs just couldn’t be satisfied with increasing storage problems.

Current standards of technology limit the possibilities for advancements in healthcare. Big Data offers the capability to perform advanced analytics on the data of millions offering limitless possibilities that make way for new discoveries, relations and characteristics. Each possibility reciprocates to endless opportunities of making healthcare better.

An intuitive Big Data Hadoop platform allows a researcher in creating models, registries or design flow of their choice for better stratification and performing researches. So, if there is a researcher who wants to study a particular section of the population in the age group of 55-65 suffering from renal cancer, he can not only view or modify the data according to the requirements, but also have manifold computational power that could give results in no time as compared to conventional techniques. With this platform a person would be able to accomplish more tasks than a whole team can using the traditional methods.

Emphasizing on the need of researches in Genome projects President Barack Obama said, “If we have the opportunity to help people live longer, happier, healthier lives, if we have a chance to make sure that they’re okay and cured, and then able to make incredible contributions our society, then we’ve got to seize that.” President Obama has allocated $215millions from the 2016 fiscal year’s budget to Precision Medicine Initiative. Pointing out the advantages of Precision Medicine he said, “Every dollar we spent to map the human genome has already returned $140 to our economy.”

Maybe, the cure for cancer is just a step away? Maybe, it is just a matter of matching different sequences? We’ll have to widen our horizon and think beyond only then the hard work done today will reflect in years to come.